Lloyds Educational Foundation, originally known as Richard Lloyd’s charity is a small charity (registered number 527455) started in the early 1700s by Richard Lloyd, an Ombersley church warden and resident of Comhampton. It was founded with the intent of providing education for the children of the parish before government education became available.

Richard Lloyd devised a scheme in consultation with Sir Samuel Sandys, the then Lord of the manor, to provide schools and revenue to run them.

Through bequests from local landowners, rent form Richard Lloyd’s land and generous provisions in terms of freehold allowance by Lord Sandys, sufficient assets slowly accrued in order to found the charity on 17th October 1723. The charity was to have nine trustees, including whoever was Lord of the manor at the time and the vicar at any given time.

The aim was to purchase property for one or more schoolhouses. Education would be free of charge to children of the parish where the rateable value of the parent’s property was £5 or less. The charity would appoint teachers, provide equipment and where necessary even clothing.

The first school opened in 1729, the year Richard Lloyd died, at Brookhampton (in the north of the present parish) and later two schools in Ombersley village. The latter were sited at what is now the ‘Old School garage’ and ‘The Old School House’. Plaques commemorating the school buildings are still in evidence on these premises.

In 1826 Brookhampton School and land was sold and the new school built at the current Sytchampton School site, now a grade II listed building.

The replacement Ombersley school at its current site was built in 1873 to replace the smaller schools. It was built on land gifted by Lord Sandys. The school officially opened, however, in 1826.

Lloyds Educational Foundation owns the 2 school buildings and the old headmaster’s house in the grounds of Ombersley School which is rented out to a private tenant. The foundation also owns land to the east of Ombersley village which is available as allotments to rent. They also own smaller plots of land to the north of the village. All income received is distributed for the promotion of education in accordance with its charitable status, and traditionally each school pupil upon leaving is given a copy of the bible as a gift from the foundation.

Both schools currently are voluntary aided schools endowed by the Foundation. The local education authority funds staff, allocates a budget and contributes 90% of the running costs. 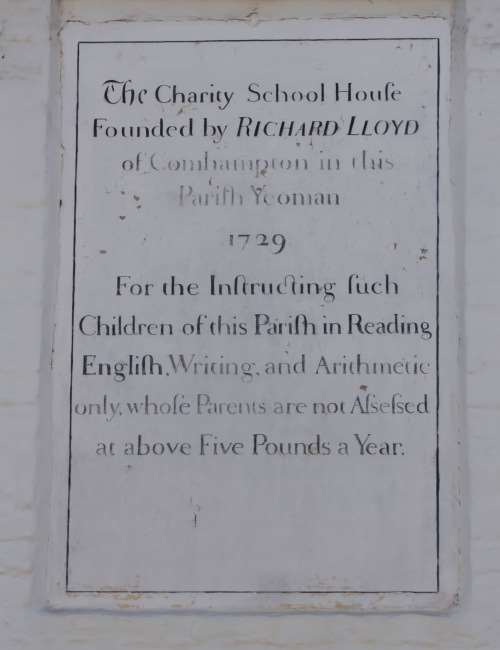 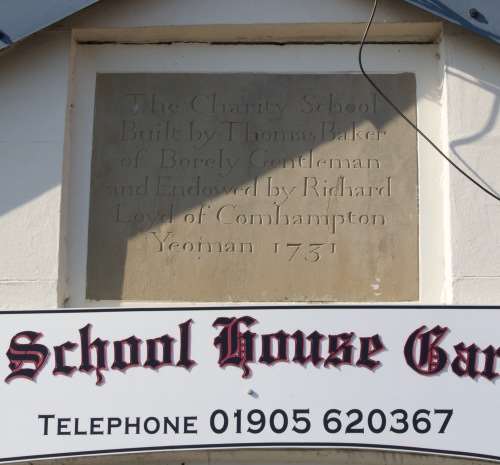