In the Ombersley & Doverdale parish we don’t stand still! There are always projects on-going to improve the street scene and the facilities for all to enjoy. Here are a few of the current things volunteers are working on.

The Ombersley Memorial Hall Committee has been fund raising to create a Garden as an extension to the Community Cafe at the rear of the building. They have been awarded £1000 from The National Lottery Community Fund to help with this project.

The area was tidied up over a period of a few weeks by committee members in readiness for the paving slabs and turf to be laid. The space has been transformed and will be a flexible space for everyone, including families, as it is close to the play area. This space will bring more people to the cafe which is a supportive and friendly environment. 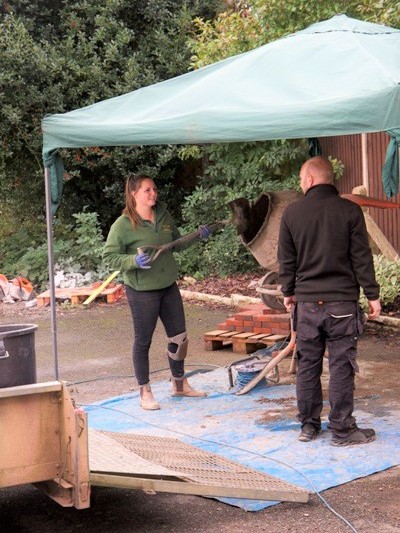 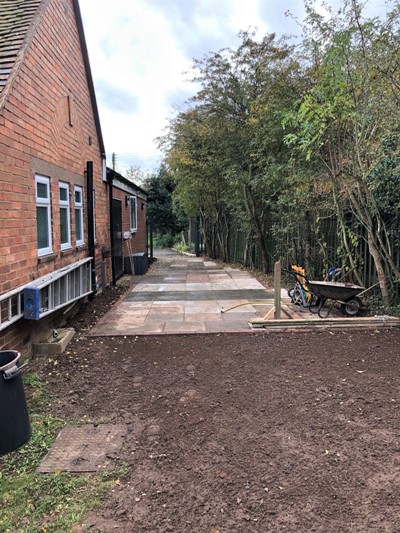 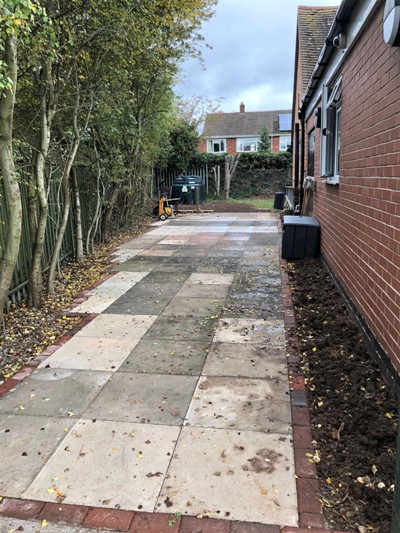 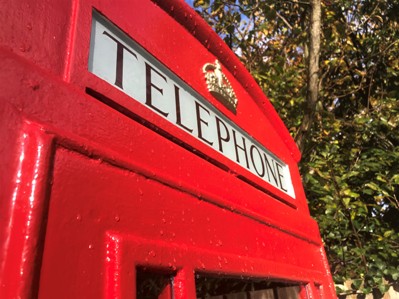 Over the past few months a group of volunteers have been refurbishing the telephone box in the village. The casing has been pain staking cleaned and rubbed down before painting. All the glass has been removed, cleaned and refitted. The door has been removed, stripped, repaired and painted before being rehung.
In the next few weeks the internals will be put back together with one of the old black press button A and button B phones together with appropriate posters and signage. The phone box will be kept locked but opened during appropriate events within the village.

It is proposed to then tidy up the area by removing the old concrete bus stop pole and installing a new seat and litter bin. 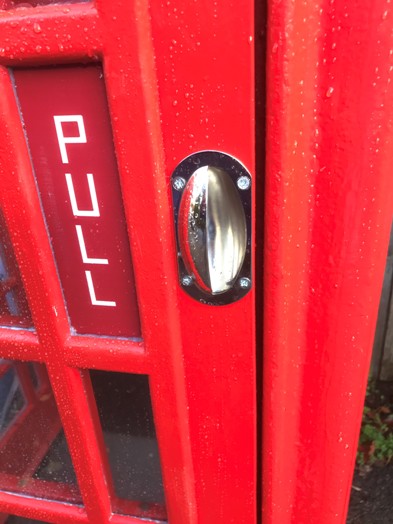 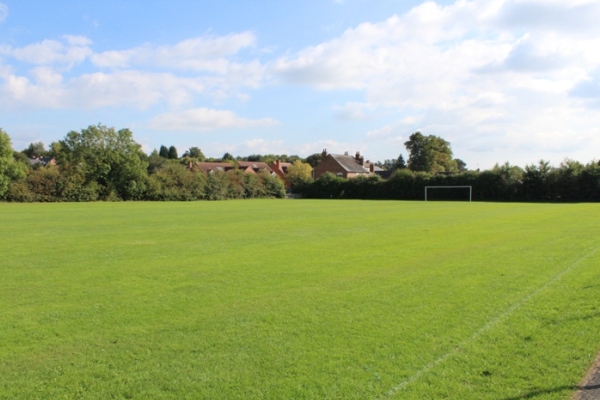 A large number of residents felt that the village of Ombersley lacked any community outdoor space as a focal point where residents could meet, sit, walk and exercise.
From comments in the household questionnaire it was felt that more could be done to enhance the field in front of the Memorial Hall.
This was highlighted by the work of the playground group in upgrading the children’s play equipment and the increased usage during lock down.
A grant was obtained from Wychavon District Council, which added to some money held by the Memorial Hall committee, enabled a project to commence a to rejuvenate the field to create a Memorial Park.
Whilst the project has been delayed due to the lock down period in November work will commence to replace the current high fencing that sits between the Memorial Hall and field with a lower black fence that compliments the railing that go along the steps into the Memorial Hall.
Added to this will be matching fencing in green that will surround the children’s play area, designed to give our little people a dog free space in which to safely play. 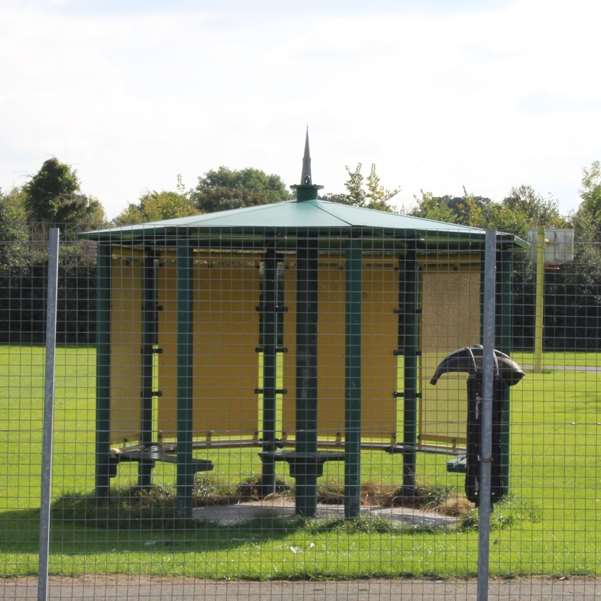 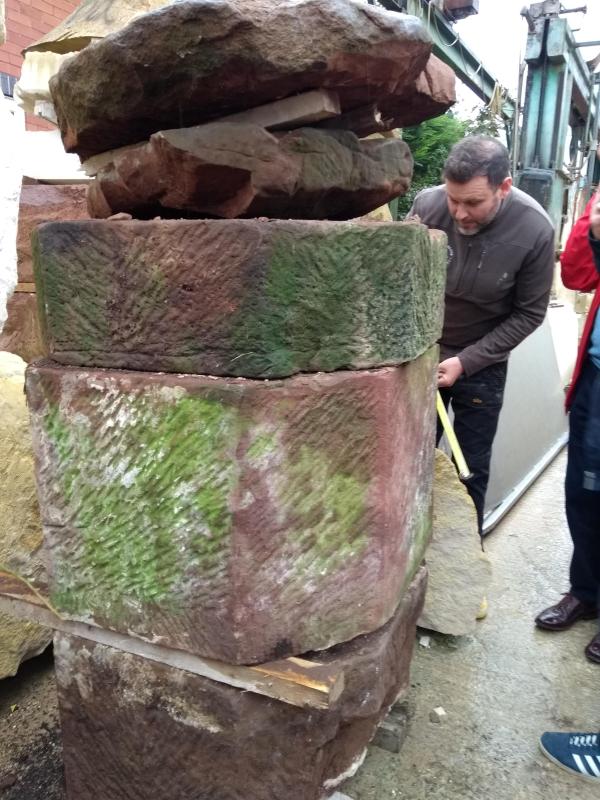 A team of local people have spent time working to produce a reminder of the late Sandys family. As the gates to the Memorial Field were in need of refurbishment it was suggested that a new set of gates would be a fitting memorial.

A local farming family who knew Lord Sandys well volunteered some stones that were on their land and which were part of two pillars which originally came from the Ombersley Court Estate. It was established that these stones could be incorporated into pillars that could support some new metal gates that would become a future part of the history of the parish.

In designing the new entrance the team have tried to extend some of the history of the southern part of the village into the north. The gates will be similar to those of St Andrew’s Church. History tells us that the original pillars to the entrance to the church also came from Ombersley Court.

During November and December the pillars will be put in place, and the gates installed in early January. At this time the ground works below the gates will only be hard core but the area will be completed when the pathways are laid in late spring.